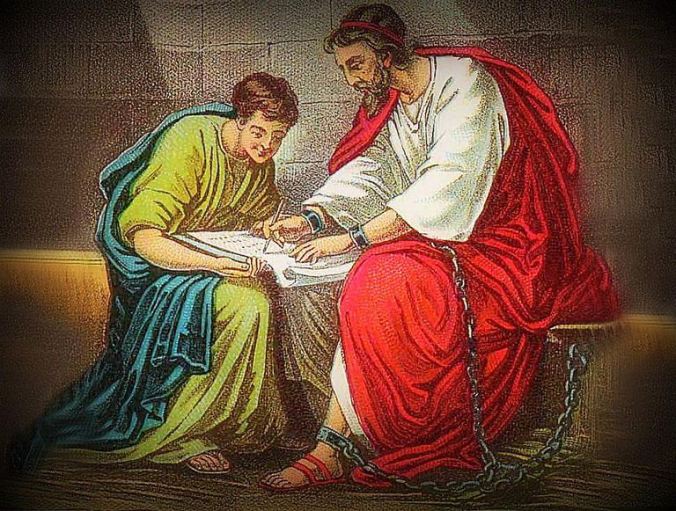 “You, however, have followed my teaching, my conduct, my aim in life, my faith, my patience, my love, my steadfastness, my persecutions and sufferings that happened to me at Antioch, at Iconium, and at Lystra—which persecutions I endured; yet from them all the Lord rescued me.”
‭‭2 Timothy‬ ‭3:10-11‬ ‭ESV‬‬

In part 1 of this series we looked at Paul’s encouragement to young pastor Timothy to continue to faithfully follow his example in life and ministry. You can read part one here, where we looked at how Paul instructed Timothy to  (1.) Follow the Same Doctrine. In this post we will see two more examples that Paul demonstrated for Timothy so that he would be able to continue as a faithful pastor in order to please the Lord Jesus.

Timothy was to follow Paul’s conduct, or “manner of life” (KJV). The doctrinal lessons he learned led Timothy to the example of Paul’s way of living. Paul practiced what he preached, and Timothy practiced what Paul preached. Now, Timothy needed to continue practicing the same conduct as he had seen in Paul long after he was gone.

Thinks bout it this way. My family loves fishing and I have been able to teach my daughters how to fish as well. But I haven’t always been a fisherman. When I began dating my wife, her parents would take me out with them on their boat to go fishing. At first, I didn’t know how to set up a fishing pole with weights, hook, and bait. I didn’t know how to tie knots that wouldn’t come apart when I got a bite. But, I “followed” the example I had in my father-in-law who had been fishing for years. I watched, and then I tried it myself. Many times, I didn’t say anything, I just watched him and copied what he did, and he probably didn’t even know he was teaching me.

This was the way apprenticeship worked in the ancient world many times. It wasn’t so much that a father would sit his son down and give him a lesson, but that the son pursued watching the father, he watched his teacher and then he repeated his actions. As he mastered one skill, he built upon that skill by watching how his father tackled greater obstacles.

Timothy had been with Paul for years. He had seen him in many different situations. Of course, he had heard his teaching, which is foundational, but he had tried to put into practice what he saw in Paul. We can learn a lot from this methodology. Silently watching and then practicing what we see in the godly.

In Acts 20:18, Paul said this to the elders from Ephesus, “…“You yourselves know how I lived among you the whole time from the first day that I set foot in Asia,” (Acts 20:18, ESV). Paul was confident that his example was rooted in his doctrine. He wasn’t perfect, but he was faithful. The men he worked with knew this and they could follow his example.

So confident, in fact was Paul, that when he was standing before Festus and Agrippa, he said, ““My manner of life from my youth, spent from the beginning among my own nation and in Jerusalem, is known by all the Jews.” (Acts 26:4, ESV)

This makes me wonder about how many people who claim to be Christians, if they were dragged into court, having been accused of being a Christian, would have enough evidence to condemn them? Paul wasn’t afraid that he lived contrary to his professed faith. He knew that even before his enemies there was no worry that they would point to hypocrisy in his life.

Although we might be uncomfortable with telling anyone to follow our example as we follow Christ, we need to remember two things—first, people are watching us already and some are even following you, for good or bad.

And secondly, Paul is not suggesting that he was the only example that Timothy was to follow or that he was perfect. As a matter of fact, other Christians around Timothy would have set an example in the areas that Paul lacked, and wherever Paul struggled in his walk, his confession and his willingness to acknowledge his own weakness were also examples to other Christians. So, we need to follow those believers who set good examples for us, even though none of them will be perfect.

There are many times when I am challenged in ministry and my Christian walk. I think of my spiritual fathers and I think about how they would approach this issue, and then I try to follow their example. Sometimes I seek their input and counsel, sometimes I can’t but by watching their overall life, it becomes easier to predict how they might act in a certain situation. Follow the conduct of your leaders.

Paul’s “aim in life” refers to his purpose, his plan. What was Paul’s plan, his aim in life? Had he achieved it? That’s a pretty important question since Paul was facing certain death and he was calling Timothy to continue to follow him in his purpose. Was Paul a colossal failure?

In Phil 3:14 Paul summarizes why he has given up everything in this world that he had worked so hard for– “I press on toward the goal for the prize of the upward call of God in Christ Jesus.” (Philippians 3:14, ESV)

What is that prize? What is the “upward call of God in Christ Jesus?” It was an all-consuming passion to be like Christ and the hopeful expectation that he would be glorified in death through the transformation of his broken body. Loo at Phil 3:20-21, “But our citizenship is in heaven, and from it we await a Savior, the Lord Jesus Christ, who will transform our lowly body to be like his glorious body, by the power that enables him even to subject all things to himself.” (Philippians 3:20–21, ESV)

Everything else fit into this perspective. To live life for Christ meant to live a holy life that was set on telling others about the gospel. Paul wasn’t a passive Christian, he was an active, passionate follower of Christ! He pursued Christ! Timothy saw that, and he encouraged Timothy to keep doing the same thing.

In 1Cor 1:17, Paul spoke about his focused mission. He said, “For Christ did not send me to baptize but to preach the gospel, and not with words of eloquent wisdom, lest the cross of Christ be emptied of its power.” (1 Corinthians 1:17, ESV)

He wasn’t against baptism, and he wasn’t against wisdom or speaking well. But Paul didn’t want secondary things, even good things, to interfere with his passionate calling to preach the gospel where it had not been preached.

It is so easy to be sidetracked in our mission, isn’t it? We can grow comfortable and forget that God has saved us and sent us for a purpose which will bring him glory. Paul hadn’t failed—his imprisonment and impending death proved that. He had stayed on course—he had run his race faithfully.

He didn’t continue making tents. He didn’t continue studying to become a respected rabbi. He didn’t settle down in a nice comfortable church where he could hold court as Christians from all over the Roman Empire sought out the great Apostle Paul. No, none of those were part of Paul’s aim in life.

Timothy would soon hear about those who had forgotten what they had been taught about the Christian’s aim in life to please their Master. In 2 Timothy 4:10, we read about Demas who lost his first love and fell in love with tis world, and so he deserted Paul when he needed him more, but worse, he deserted Christ. Who are you following in your purpose in life?

Like those stories of people who followed their GPS right into dangerous waters, it is easy for you to put our life on autopilot and just keep on going to whatever destination it takes you. We become satisfied with the mediocre life of a drifter.

This is faith. It’s not all mapped out. It can be scary. But God is in control. Trust him.