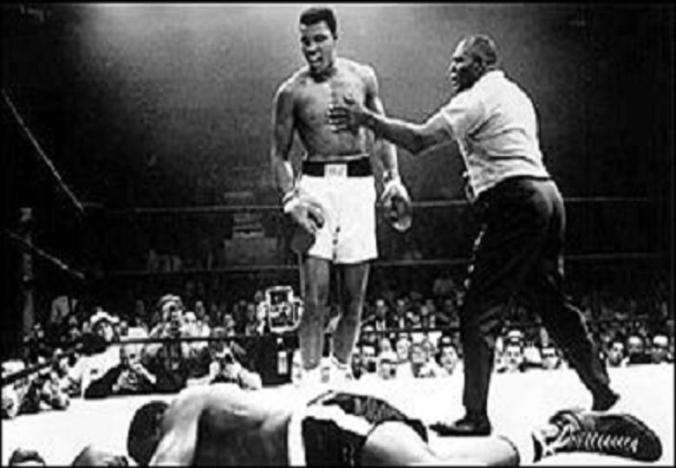 A few years ago I read this headline in my local newspaper. As a pastor, it grabbed my attention immediately. It said: INSTRUMENTS STOLEN FROM 5 MANHATTAN BEACH CHURCHES

It told the story of how 5 local churches had been robbed in the period of one week. They took guitars, keyboards, ukuleles, drums, a tambourine, a mixing machine, audio and video equipment, projectors, laptop computers, microphones and speakers. They cleaned out those churches.

The worst part is that it seems that the thieves got access to the church through unlocked windows and doors. They just walked right in!

I would like to suggest to you that as sad as it is that a church was robbed partially due to its own negligence, there is a greater danger that is facing the church—the danger of giving up the foundational doctrines that under gird our faith. And much like these robberies in the South Bay, the church and each of us as members of the body of Christ are too often leaving to windows and doors open and allowing the thieves in.

The book of 1 Timothy is rightly considered a Pastoral Epistle, designed to instruct Pastors in leading Christ’s church. But that is not its only purpose. 1Tim 3:15 gives us the undergirding reason for us to look at this book-To know how we should behave in God’s House.

In this post I would like to focus on one aspect of this behavior—our attitude toward guarding the church’s doctrinal integrity.

“This charge I entrust to you, Timothy, my child, in accordance with the prophecies previously made about you, that by them you may wage the good warfare, holding faith and a good conscience. By rejecting this, some have made shipwreck of their faith, among whom are Hymenaeus and Alexander, whom I have handed over to Satan that they may learn not to blaspheme.” 1Timothy 1:18-20 ESV

From this passage I want to share with you three reasons why true doctrine is worth fighting for so that we might join in the battle for truth.

We put alarms on cars, homes, & banks, but not on trash dumpsters, junked cars and abandoned homes. We guard what we value. We protect what we cherish. In 1Timothy 1:15-17, Paul gives us the essence of the Gospel message and his own personal example of its effect upon his life. Inherent in Paul’s words was the assumption that the truth of God’s Word is so valuable that it needs to be guarded. Not a passive guarding, like those security guards you see who only have a flashlight to stop an armed robber. No, Paul calls Timothy to wage war with the enemies of the cross—he calls this war “good” or “noble.” So what do we need to protect the gospel from three danger:

Guard It Against Being Watered Down: “for I did not shrink from declaring to you the whole counsel of God” (Acts 20:27). Paul didn’t fear the opinions of man so that he tailored his words to fit what they wanted to hear. He told them what the Ephesian church what they needed to hear.

Guard It Against Being Changed: “I am astonished that you are so quickly deserting him who called you in the grace of Christ and are turning to a different gospel— not that there is another one, but there are some who trouble you and want to distort the gospel of Christ” (Gal 1:6-7). A different gospel is really no gospel at all. We need to guard against the subtle and not-so-subtle changes that are assaulting the Gospel.

Guard It Against Being Set Aside: “For the time is coming when people will not endure sound teaching, but having itching ears they will accumulate for themselves teachers to suit their own passions, and will turn away from listening to the truth and wander off into myths.” (2Tim 4:3-4). Moving past the Gospel to something that is better? That was the attitude in Paul’s day, and many today hold the same sentiment.

D.A. Carson reminds us of this concern when he writes,

“I fear that the cross, without ever being disowned, is constantly in danger of being dismissed from the central place it must enjoy, by relatively peripheral insights that take on far too much weight. Whenever the periphery is in danger of displacing the center, we are not far removed from idolatry.” (The Cross & Christian Ministry, 38).

This is a most subtle danger, and this makes it all the more insidious. It does not ask the gospel to be watered down or changed, it just adds on to and covers over the gospel and claims to be better than God gave it to us. This was what the Pharisees did. Jesus said “You leave the commandment of God and hold to the tradition of men.” (Mark 7:8)

It like when I was in high school and my dad gave me this ’71 VW beetle. I loved reading the magazine Hot VW’s and seeing the way people “improved” on the original designs. Some guys reworked their cars so much that in reality they weren’t even VW Beetles anymore. They may have had some pieces of the original car, but most of the original was set aside for an after-market part.

The same can and is done to the gospel. People try to make it look cooler and more appealing. They remove sin and hell or add cussing and tattoos. Others add man-made rules a requirement for heaven. These are all cheap add-ons to the real Gospel and it impedes its work.

There are other ways that the Gospel is attacked, but here we have three strategies used by our enemy in order to tone down the message of the cross: Water it down, change it, or set it aside.

How can you personally guard this precious trust? By knowing the gospel, by proclaiming the gospel and by living the gospel. It is the word preached and taught that guards us from being tossed about in the waves of false doctrine and lying schemes. So:

Get to church. Just because your body is there doesn’t mean your heart and mind are.  God has given us teachers to help keep us grounded in good, solid doctrine.

Guard Your Heart. Just because a preacher is funny or a book is popular or a YouTube clip of a speaker gets a million hits doesn’t mean it’s spiritually healthy. Learn discernment so that you can avoid being another casualty of false teaching.

Grow Theologically. You may not be a Bible or theology scholar, but if you are a Christian you have the Holy Spirit as your teacher. You need to grow deeper roots in your faith so that you will see the next guy that comes along with a new discovery from the Bible a mile away.

False teachers produce false teachers. Their heresy spreads like gangrene producing more and more ungodliness. Those like Hymenaeus (v. 20) are not satisfied with keeping their false doctrines to themselves. They are impelled to spread them amidst the church.

Therefore the church needs to guard against these wolves in sheep’s clothing. This might seem harsh in a church culture that doesn’t like to confront sin, but it is a merciful act.

We’re talking about the eternal destiny of people’s souls.

Truth matters. Failure to guard the truth of the Gospel is to declare that the soul saving Gospel really isn’t that important.

Truth matters. Failure to guard the Gospel will result in a person being tossed around in a spiritual rip tide.

Truth matters. Failure to guard the truth of the Gospel will result in a shipwrecked faith and false teaches that will spread the disease even further, damning countless souls to hell.

True Doctrine Is Worth Fight For Because It Gives Divine Direction (v. 19)

For the faith, cp. 6:12.-How can we wage the good warfare when we no longer continue to believe the truth?